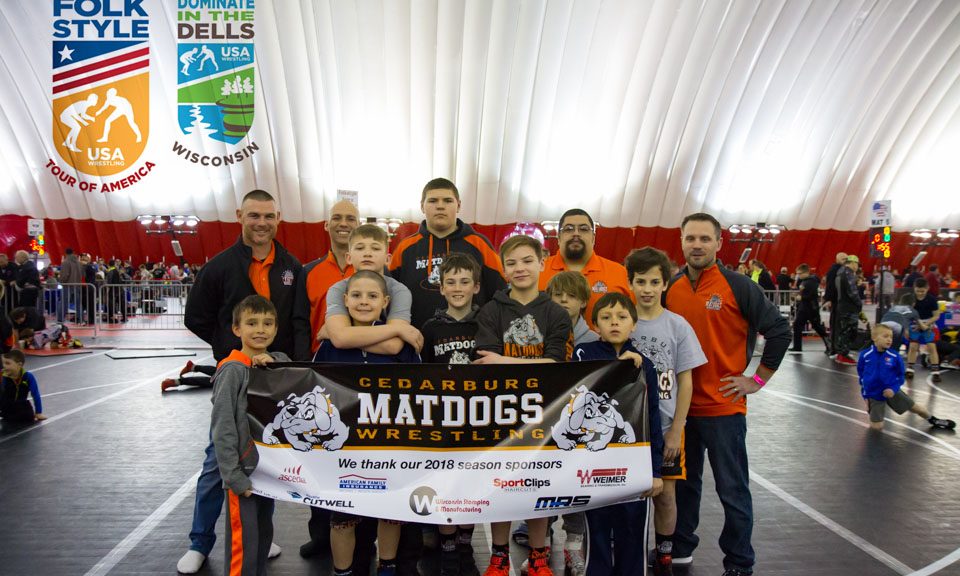 We had wrestlers from 2nd grade through senior in high school competing under the Matdogs this weekend at the Dominate in the Dells Tournament. This is a national level tournament with over 1,100 wrestlers from all over the US. We had some good hard wrestling out of our guys against tough competition. Leading the way for our younger guys was Louis Roller who had an impressive 6th place finish to put him on the medal stand. For the high schoolers Bryce Jankowski was absolutely dominating taking home the championship in the Cadet 126 pound division. Bryce pinned every one of his opponents including a first round pin in the finals.

see photos from Dominate in the Dells here